You lose all the cable boxes in favor of an Apple TV, Android TV, Roku or Samsung Smart TV. I already had a 4th generation Apple TV, a Roku Tv and a Sony Bravia Android TV. I needed no new devices.

It lack access to Scripps Networks and Discovery Communications programming like HGTV, Travel Channel, Discovery, TLC and Food Network. Hopefully this can be corrected by YouTube coming to and agreement with the content owners. Right now it leaves something of a hole in their programming. We work around it by using the HGTV and Food Network apps to catch at least some of their shows.

Sports and News offerings are more rounded than the lifestyle offerings. Plenty of ESPN and cable news networks are available.

All in all it wasn’t as clean of a transition as I wanted, but we do get most of what we want and have saved money compared to the the TV service from Frontier or Comcast. We do still use Frontier FIOS to support it.

Let’s hope the FCC’s recent decision to gut network neutrality rules doesn’t mean my internet carrier will slow my YouTube TV service just because they can’t extort additional payments from consumers to make up for their horrible business model collapsing under its own weight. It does mean they can and the question becomes when will they?

A bed of arugula, garden fresh peppers and tomatoes. The tuna was about a 6 once portion and an inch thick. It’s seasoned with a bit of sesame oil, soy sauce, grated ginger, garlic powder and onion powder. I cooked in a hot non-stick pan for just 2-3 minutes per side. I use a little balsamic glaze to dress it. From “what can I have for lunch” to completion only took about 10 minutes. Simple, fresh, delicious…

During NRA annual conventions, when about 80,000 gunowners gather for seminars, events and meetings, America seems to be safer, new research suggests.
— Read on www.cnn.com/2018/02/28/health/gun-injury-nra-convention-study/index.html

This is great, I’ve had twice this week. The calabasa is rather like a small green pumpkin and resembles an acorn squash, but with somewhat softer flesh that cooks more quickly. Magic Sarap is a flavor enhancer that contains MSG, feel free to omit is you’re sensitive to it. Long beans resemble 18″ long green beans. We sometimes substitute regular green beans, if they can’t be found at our usual exotic grocery, MD Oriental in Tampa.

Served with smoked bangus and rice

We did this Filipino style vegetable dish. It’s simple, low calorie and tasty! I ate it before I thought of taking a picture. Maybe next time. I swear I know how to cook other things, I’m just on this Filipino kick lately. It’s under appreciated.

This is the best science fiction show on TV right now. I just saw it popped back up on my DVR. It’s got great production values, political intrigue and a multilayered story line. I’m catching up with the first two episodes right now. It’s available on their on demand service thru your cable provider, the Syfy app on iOS, TVOS, Roku and AndroidTV. 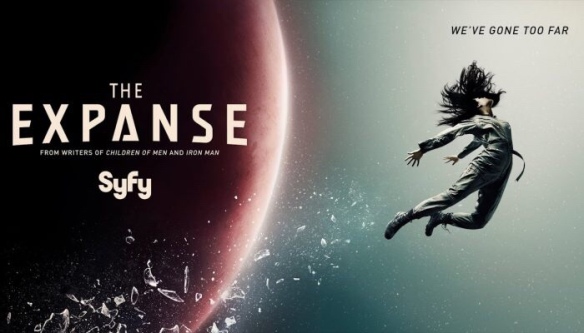 My Tweets
bertoncini.net
Powered by WordPress.com.